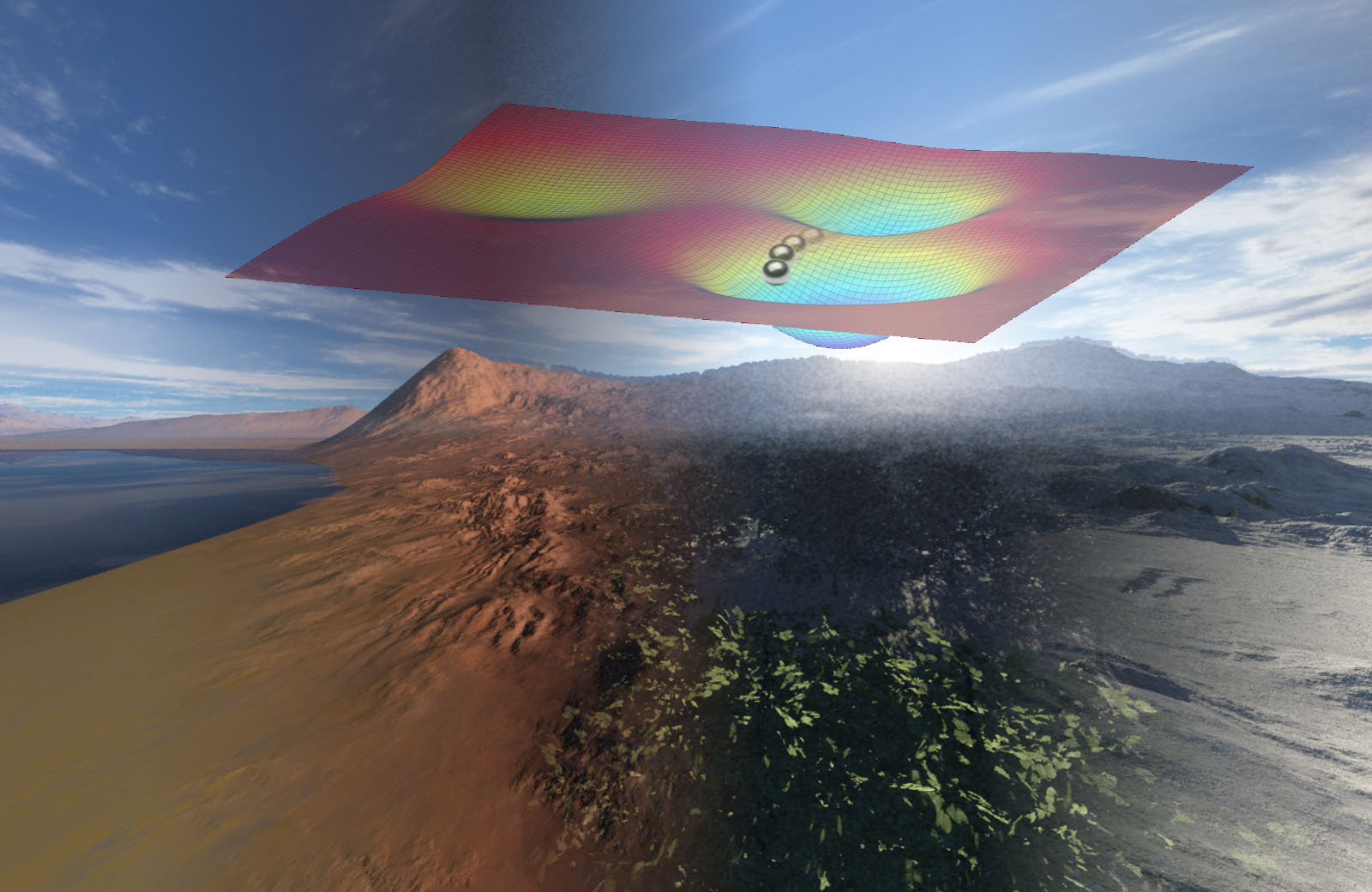 You arrive at a certain location and suddenly you remember what you were doing when you were there years ago. Memory and location are closely linked. Our new paper published in Current Biology reveals the brain mechanism that makes this link.

In 2005, neuroscientists discovered how special brain cells in rodents react to the context of locations. These so called place cells are located in the hippocampus, a brain area closely linked to memory and spatial navigation. Computational models suggest that hippocampal memories are retrieved when a given input is sufficiently similar to a ‘stored’ state. When a new input fits an existing one, the accompanying memories are retrieved. Our new study is the first to demonstrate this mechanism in humans.

Twenty participants navigated through different virtual reality environments, where they had to memorise the location of certain objects, while lying in the fMRI scanner. Some environments were only slightly different, while others were very distinct (see Figure 1). Although the visual system recognised and reacted to all differences, the hippocampus only responded when two environments were different enough: there was a threshold (see figure).

Why is that? “While small details and differences are of great interest and importance to our visual system, the hippocampus focusses on the bigger picture and integrates information from many different sources” says Tobias Navarro Schröder, who is a co-author of the paper. “That is probably the reason why cells in the hippocampus react differently to small differences in our surroundings than cells in the visual cortex.”

“Especially the link between behaviour and brain activation patterns is very important in our current study. Fundamental knowledge on this process is relevant for neuroscientific research on decision making and in the context of psychotherapy; for instance to unlearn undesirable associations in posttraumatic stress disorder.”