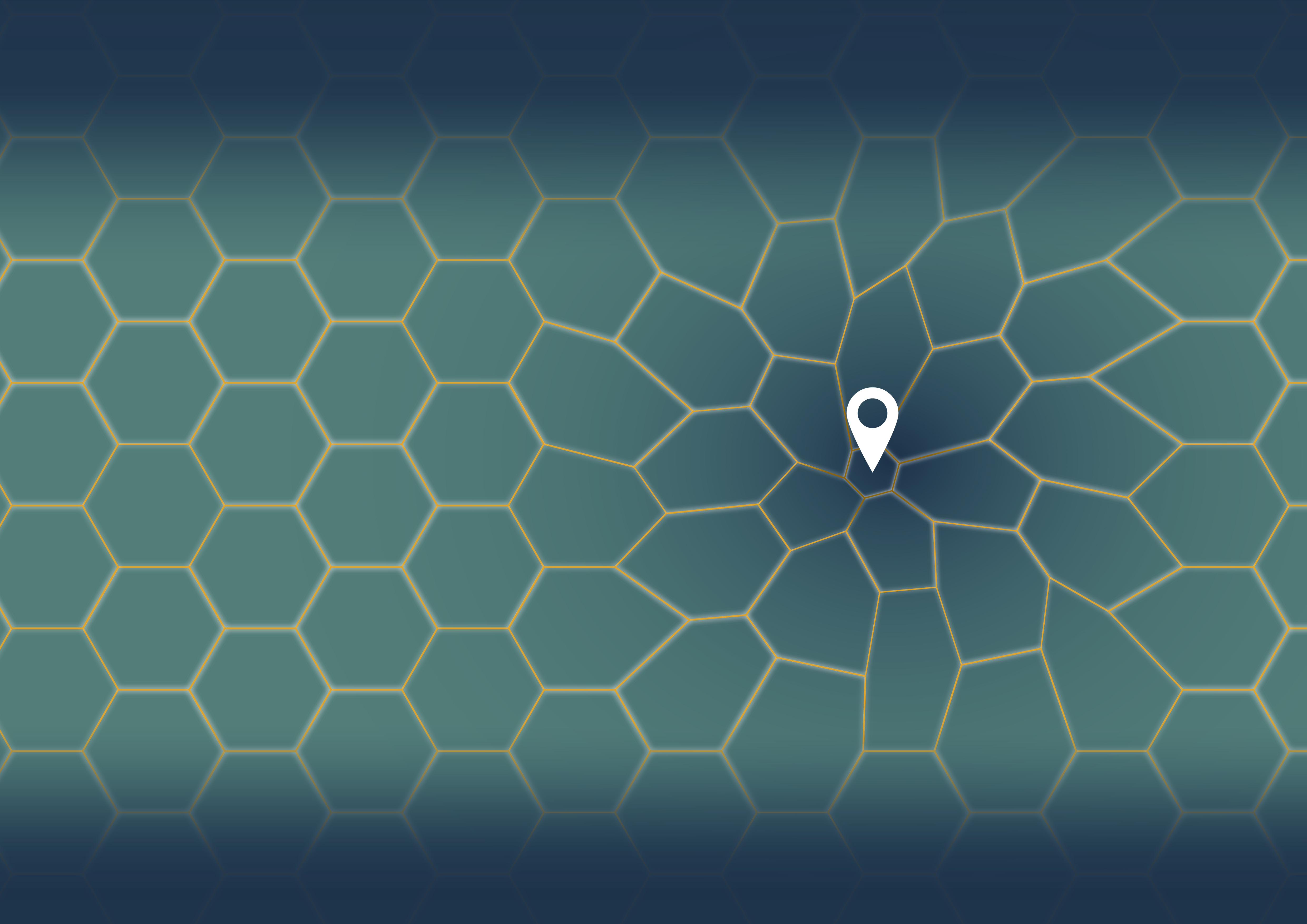 In order to orient ourselves in space, and to find our way around, we form mental maps of our surroundings. But what happens if the coordinate system of our brain, which measures our mental maps, is distorted? In our new paper in Nature Human Behaviour we show that under these circumstances there are also distortions in our spatial memory.

In order to remember where important events happened, or how to get from A to B, our brains form mental “maps” of our environment. An important component of these mental maps are the so-called grid cells. Different grid cells are active when we occupy different locations in an environment, creating a characteristic pattern of activity. This pattern consists of equilateral triangles that form a symmetrical grid structure. The discovery of grid cells, in the brains of rats, was awarded the Nobel Prize in 2014. Scientists suspect the same is true in human brains. Our mental maps and grid patterns formed from grid cells allow us to remember where a certain place is located and determine how far away it is from other locations. This should all work well if the grid patterns are symmetrical and regular.

However, if the patterns are disturbed, our mental maps may become inaccurate. A team of researchers from the Max Planck Institute for Cognitive and Neurosciences in Leipzig, University College London, and the Kavli Institute for Systems Neurosciences in Norway have pursued this idea. In an earlier experiment, by English neuroscientists, the activity of grid cells in rats was recorded while they made their way through different enclosures. It became clear that under certain circumstances the grid cells lost their hexagonal symmetry and “fired” more irregularly. If the animal navigated through a square box, the perfect grid pattern in the rat brain could be detected. However, if it moved through a trapezoidal enclosure, the grid pattern was far less regular.

Left: the regularity of grid-cell firing patterns is distorted in a trapezoid compared to the square. Center-left & right: in our immersive virtual reality setup, participants learned object positions (circles) in a square and a trapezoidal environment. Right: participants made larger errors for objects in the trapezoid environment. Paralleling the distortions of grid patterns, the accuracy of participants’ spatial memory was particularly low in the narrow end of the trapezoid.

The participants wore virtual reality glasses and navigated through the virtual environments using a 360° motion platform. Each environment contained six objects and they learned which object belonged at which position in the environment. The platform provided a realistic running sensation, with their feet gliding over it in a kind of “moonwalk” (see video). In actuality, the participants only got off the ground in the virtual world. “We then compared how exactly the participants were able to learn the positions. As expected, they were worse in the trapezoidal environment than in the square one. In the trapezoidal environment, they were especially bad in the narrow half. This would correspond exactly to the area with the biggest distortions of the grid cell coordinate system,” explains Bellmund. 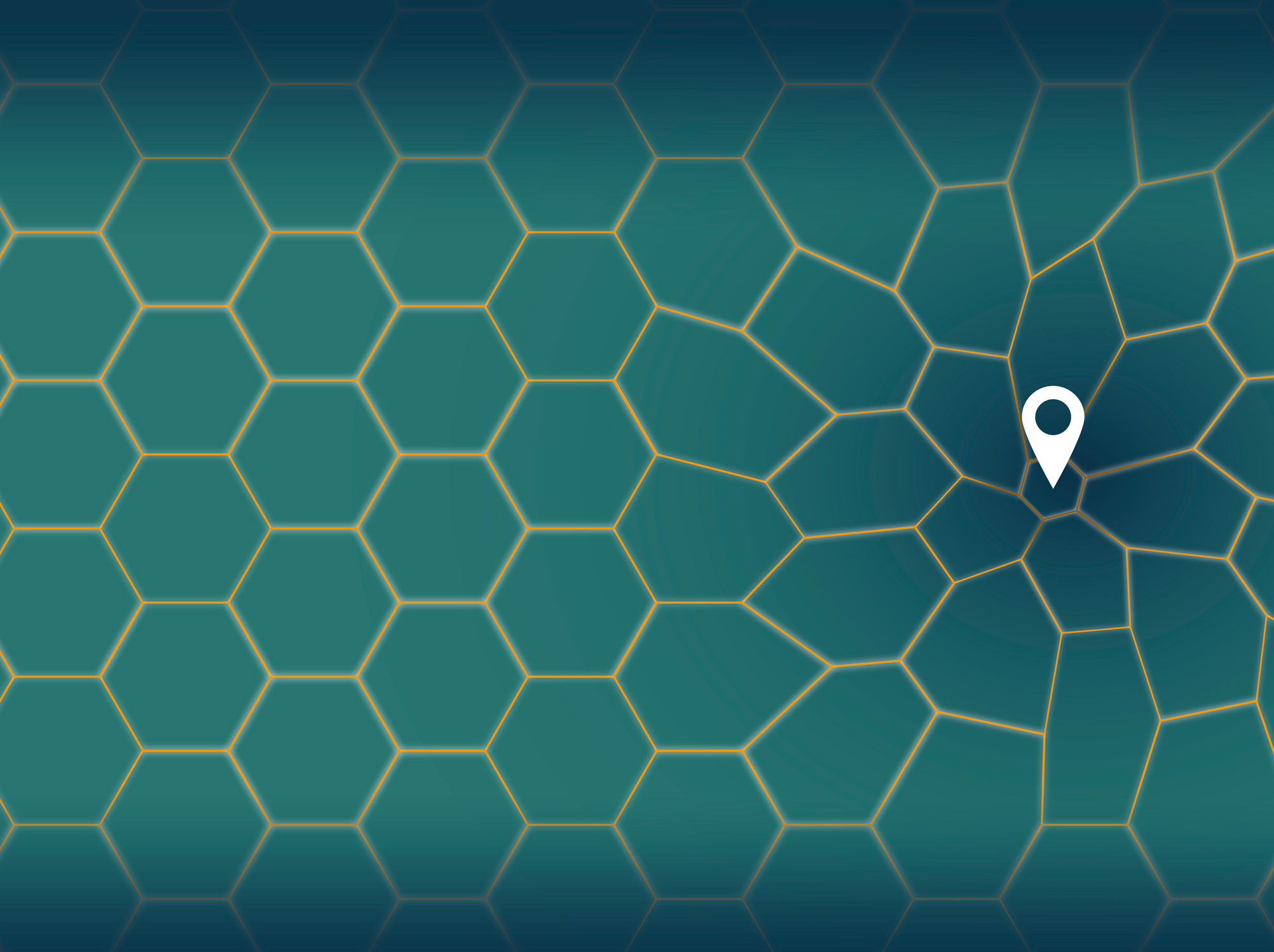 The scientists then wanted to know whether these distortions would remain in memory, even if the participants were no longer in the asymmetrical environment. Meaning, their mental coordinate system should be ‘square’ again. To do this, they asked participants to estimate the distance between pairs of objects. Bellmund and his team had arranged the objects in such a way that the actual distance between the pairs was always identical. But, if  there were distortions in the participants’ memories the same distances should be recalled as shorter when recalling the trapezoid objects than those in the square. Within the trapezoid, the distances were remembered as longer in the narrow half than in the wide half. Thus, memories that were learned within a distorted coordinate system are also distorted when remembered later. It is precisely these distortions of our mental maps that we can predict with a model coordinate system,” says Jacob Bellmund.

You can find the original article here: