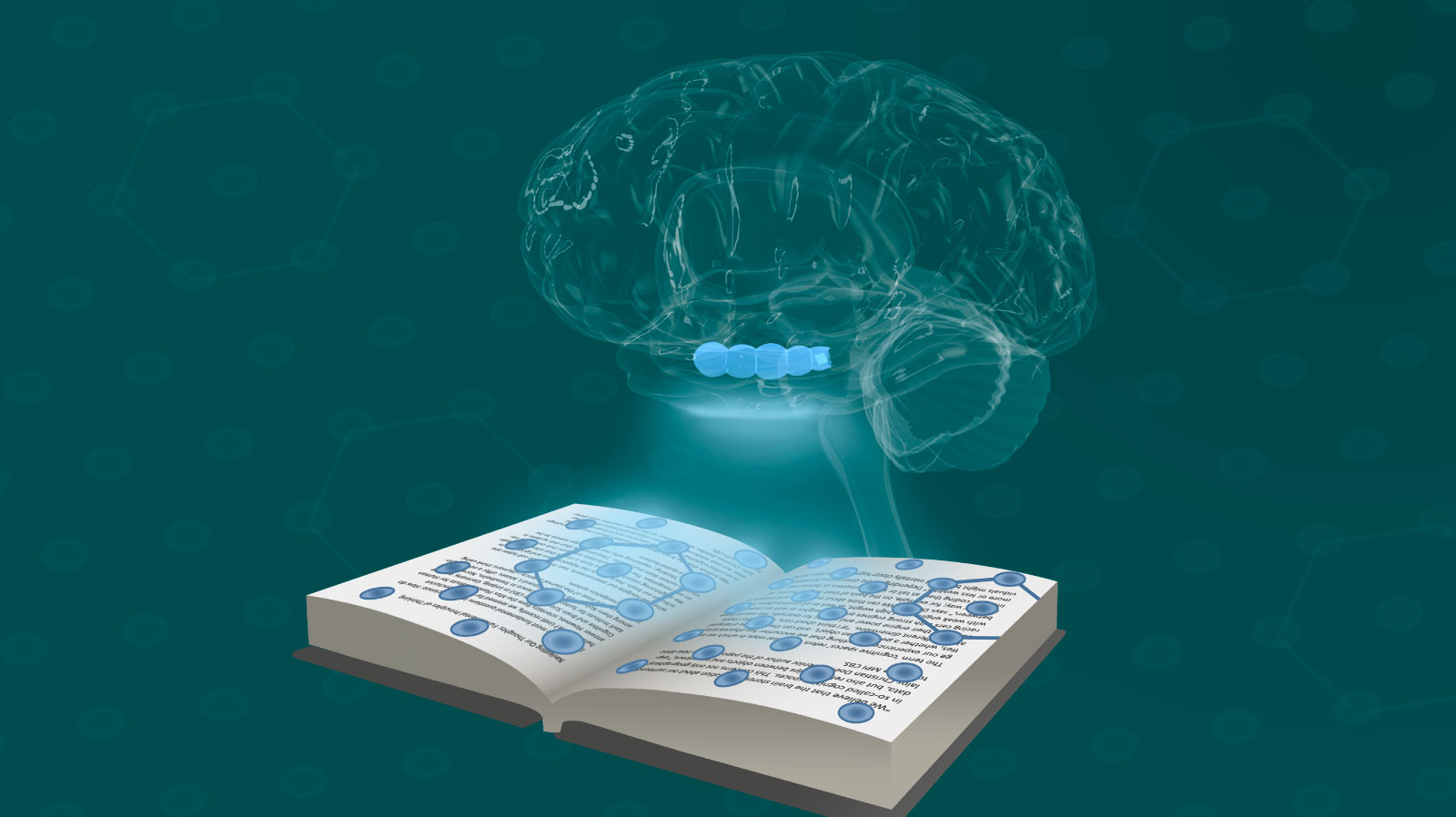 It is one of the most fundamental questions in neuroscience: How do humans think? In our latest paper, now out in Science, Jacob Bellmund and Christian Doeller teamed up with Peter Gärdenfors, cognitive scientist at Lund University, and Edvard Moser, physiologist at the Kavli Institute for Systems Neuroscience, to offer a new proposal—Humans think using their brain’s navigation system.

When we navigate our environment, two important cell types are active in our brain. Place cells in the hippocampus and grid cells in the neighboring entorhinal cortex form a circuit that allows orientation and navigation. The team of scientists suggests that our inner navigation system does much more. They propose that this system is also key to ‘thinking’, explaining why our knowledge seems to be organized in a spatial fashion.

“We believe that the brain stores information about our surroundings in so-called cognitive spaces. This concerns not only geographical data, but also relationships between objects and experience,” explains Christian Doeller, senior author of the paper and the new director at the the Max Planck Institute for Human Cognitive and Brain Sciences (MPI CBS).

The term ‘cognitive spaces’ refers to mental maps in which we arrange our experience. Everything that we encounter has physical properties, whether a person or an object,  and can therefore be arranged along different dimensions. “If I think about cars, I can order them based on their engine power and weight for example. We would have racing cars with strong engines and low weights as well as caravans with weak engines and high weight, as well as all combinations in between,” says Doeller. “We can think about our family and friends in a similar way; for example, on the basis of their height, humor, or income, coding them as tall or short, humorous or humorless, or more or less wealthy.” Depending on the dimensions of interest individuals might be stored mentally closer together or further away.

A Theory of Human Thinking

In their proposal, Doeller and his team combine individual threads of evidence to form a theory of human thinking. The theory begins with the Nobel Prize-winning discoveries of place and grid cells in rodents’ brains, which were subsequently shown to exist in humans. Both cell types show patterns of activity representing the animal’s position in space, for example, while it forages for food. Each position in space is represented by a unique pattern of activity. Together, the activity of place and grid cells allows the formation of a mental map of the surroundings, which is stored and reactivated during later visits.

The very regular activation pattern of grid cells can also be observed in humans—but importantly, not only during navigation through geographical spaces. Grids cells are also active when learning new concepts, as shown by a study from 2016. In that study, volunteers learned to associate pictures of birds, which only varied in the length of their necks and legs, with different symbols, such as a tree or a bell. A bird with a long neck and short legs was associated with the tree whereas a bird with a short neck and long legs belonged to the bell. Thus, a specific combination of bodily features came to be represented by a symbol.

In a subsequent memory test, performed in a brain scanner, volunteers indicated whether various birds were associated with one of the symbols. Interestingly, the entorhinal cortex was activated, in much the same way as it is during navigation, providing a coordinate system for our thoughts.

“By connecting all these previous discoveries, we came to the assumption that the brain stores a mental map, regardless of whether we are thinking about a real space or the space between dimensions of our thoughts. Our train of thought can be considered a path though the spaces of our thoughts, along different mental dimensions,” Jacob Bellmund, the first author of the publication, explains.

“These processes are especially useful for making inferences about new objects or situations, even if we have never experienced them,” the neuroscientist continues. Using existing maps of cognitive spaces humans can anticipate how similar something new is to something they already know by putting it in relation to existing dimensions. If they’ve already experienced tigers, lions, or panthers, but have never seen a leopard, we would place the leopard in a similar position as the other big cats in our cognitive space. Based on our knowledge about the concept ‘big cat’, already stored in a mental map, we can adequately react to the encounter with the leopard. “We can generalize to novel situations, which we constantly face, and infer how we should behave”, says Bellmund.